Solidteknics has once again hit it out of the ballpark for designing the best pans we’ve ever used in our kitchen. The seasoned, wrought iron 14″ BIGGA skillet is one of the easiest pans to use, clean, and produce the most delicious food.

We were absolutely blown away by the size of this pan as we took it out of its shipping box. A million ideas of what we could make in it came rushing through our minds. We settled on the one that made our mouths water the most in that moment: baking cinnamon rolls! Then we had to try it out on the smoker for cooking meats and vegetables. Let’s take a look into how that went and hit some of the main specs of the pan.

Made out of solid 5/32-inch (4mm) wrought iron, this skillet is surprisingly light when compared to a 10” cast iron skillet by Lodge. The Lodge skillet may weigh less on the scale, but only due to its smaller size. The BIGGA skillet generally feels easier to handle despite being significantly larger at 14 inches, with the width at the handles being 17.1 inches. That alone was enough to impress, but upon using it we found that it cooks like cast iron, which is the icing on the cake, plus it cleans better than nonstick, which is honestly the cherry on top.

The appearance of the BIGGA skillet is silky smooth unlike any cast iron pan we’ve owned and just like the Solidteknics nöni skillet we’ve reviewed in the past, it seemed too beautiful to even use! It was tempting to just hang on a wall and use as an art piece in our kitchen.

The double handle makes pulling the pan out of the oven both convenient and easier to balance. The way the handles curve up is a nice touch and of course we’re loving all the engravings on them and the bottom of the pan that give it so much character.  The handles also have ventilation grooves similar to the Nöni stainless steel skillet from Solidteknics, diverting heating when using it on a stovetop.

Besides the stovetop which feels small compared to the 11.3-inch cooking surface of the BIGGA, there are a huge variety of use cases for this skillet due to its one-piece, solid iron construction. We also used ours in the oven and on the smoker, but you can use it on a variety of grills, in a pizza oven (we hope to do this soon as well), and even over an open fire.

Cooking with the BIGGA Skillet

Now to tell you about our cinnamon roll experience with this pan. The main reason we wanted to try this dish in it first was out of curiosity as to how many rolls we could fit in it at one time. The grand total being 16 large rolls! And they all baked evenly, even on the bottoms, and they didn’t overflow to the 2-inch height of the skillet bowl. The entire experience baking with the BIGGA was top notch, and the cinnamon roles were some of the best we’ve ever been able to make, with incredibly soft interiors and lightly crispy crust.

After allowing our baked goods to cool, we were able to put the entire pan inside our fridge to store the food as is. Anyone who dreads doing the dishes knows this is a massive bonus to any sort of baking pan! Why clean it now when you can clean it later? Out of site, out of mind is the goal.

If you’re looking for an alternative to nonstick cookware then we’d say this is hands down our favorite large option. Without having to even season it for its first use, the cinnamon rolls popped out of the pan with ease and clean up (when we finally finished that last roll and it was time to remove the pan from the fridge) was an actual magical moment. No scrubbing, no elbow grease, no soap. Just some water and a light touch from a kitchen towel. Amazing!

Next, we tried the BIGGA in a situation where it has a significant advantage over other pans which may have plastic or silicon and rivets that might not perform well — the grill! We smoked some chicken straight on the grill rack, then transferred it to the BIGGA alongside a pile of broccoli to be finished off. Drizzled with a layer of teriyaki sauce, the food took a few minutes to resume cooking while the BIGGA skillet came up to temperature, then it finished the cook with ease, containing all those juices and sauces at the bottom for extra flavor.

Once again, we were able to leave the leftovers as they were in the pan, placing the BIGGA in the fridge while we finished up the rest of the chicken and veggies over the next few days. And once again, the cleanup was easy, with no complaints considering the complete lack of non-stick coatings aside from the natural seasoning of the pan.

After spending some time getting to know this absolute beast of a skillet, it’s clear that this is yet another winner from Solidteknics. The rock-solid construction makes this a generational piece of cookware, with the health-conscience lack of non-stick and toxic materials helping to ensure that legacy. We cannot wait to put this pan to use time and again in the future. Its versatility in the kitchen and backyard are unparalleled, and there’s no doubt that owners will have even more ideas for cooking use cases than we’ve explored so far.

You can read more and purchase at their website. 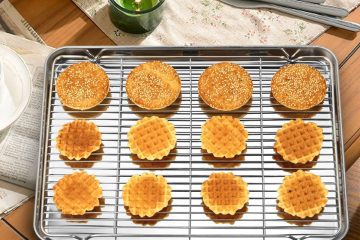 If you’re on the hunt for a decent cookie sheet that doesn’t contain any type of potentially toxic nonstick coating, consider looking into this baking sheet and rack set from Wildone. Baking Sheet Overview Completely Read more… 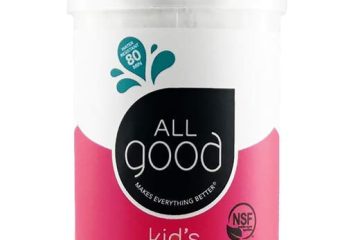 With summer upon us we decided to delve into the realm of sunscreen, hoping to find one that isn’t loaded in chemicals and actually works. Our search lead us to this All Good Baby and Read more… 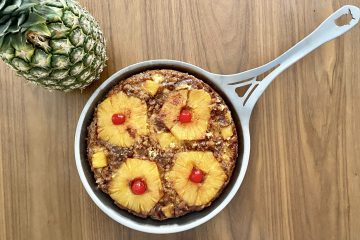 Finding low-toxin, durable cookware can seem almost impossible, and searching for the ultimate skillet is definitely an overwhelming task, but we’re here to show that it is possible and we have found it! The impressive Read more…