Our Warzone review covers yet another battle royale game in an increasingly saturated genre. Although I was cynical about the leaked information of yet another battle royale, let alone one from Call of Duty, once it released I was pleasantly surprised at how polished and unique the experience was. Announcing free-to-play and cross-platform support, and introducing unique mechanics from those found in any other battle royale seems to be the perfect formula that has proven critical for a successful BR-style game. Infinity Ward hasn’t been the first to realize this, nor will they be the last, thanks to Epic Games’ hit Fortnite popularizing the battle royale genre.

When it comes to reviewing gameplay in a battle royale game, I always look for two distinct things: How much action am I likely to get each game, and how soon can I jump back in after getting eliminated? Warzone covers these grounds pretty well.

Impressively, Warzone features cross-progression for Call of Duty: Modern Warfare players, as well as up to 150 players in each match. That’s unheard of in the community, as most battle royale games only allow 100 players or fewer.

Regarding gameplay itself, it’s the same ordeal; dive in, look for the best loot, avoid the closing zone, and be the last man standing. In this case, deadly gas is what is responsible for shrinking the map throughout each match rather than a shrinking storm or ring of fire. One unique twist –finding a gas mask will allow you to survive outside of the circle for a short time before the mask breaks. But when it does break, the gas hurts, a lot, so don’t get caught.

After being killed for the first time in each match, you will be transferred into the Gulag, a small Gunfight map from Modern Warfare that is built for quick duels. Here, you can spectate other players in a small, prison-like arena while awaiting your turn to fight for another chance in the arena.

Once your turn arrives, if you can successfully kill your opponent, you get a free life and find yourself diving into the map once again. If you happen to lose the 1v1 battle, you will remain dead as a spectator until a teammate purchases your life back at a buy station. This requires your squad-mates to find in-game money from floor loot, crates, or other player drops, and if they do, you can be bought back into the match indefinitely. This makes for plentiful opportunities to get back into the action in the same match to have another chance at winning, and very few battle royale games allow this much forgiveness.

The amount of action you get in each game is pretty consistent, but can also depend on where you choose to land. Having 150 players causes nearly all named points-of-interest to be populated early game, so you’ll likely have intense gunfights to start. Comparisons can be made to similar endeavors in action movies. The amount of epic firefight is honestly pretty cool.

In my experience, the intense gunfights happen throughout the entire match, with natural pauses in between for you and your squad to continue looting or shield up. In the end, it all depends on whether you like to avoid fights when necessary or aggressively start or barge into an ongoing fight. You can choose your own level of action, but the opportunity for a good fight is consistently higher than most mainstream battle royale games available to date.

The variety of vehicles only adds to the awesomeness. There are five available – ATVs, tactical rovers, SUVs, cargo trucks, and helicopters. Each vehicle provides different protection, speed, and seating. The trade off for the cargo truck is it’s slowest and loudest, allowing only one person in the driver seat and everyone else in the truck bed. The ATV only seats 2 players but is the fastest and most agile.

Tactical rovers are slightly slower but can seat all teammates, leaving them exposed on 3 sides. SUVs aren’t quite as slow as the cargo truck but provide slightly less shield against the enemy fire. And yes, the helicopter can fly high with a quick takeoff but not much health. Despite this, it can easily become your best friend to escape the gas or grim-looking gunfights as quickly as possible.

Unlike Call of Duty: Black Ops 4’s Blackout, Warzone is a lot more simplified when it comes to inventory management and loadout customization. You cannot pick up raw attachments, as every weapon you find has its own set of attachments. This is likely due to the complexity of how attachments affect your gun in Modern Warfare multiplayer.

There are no multiple rarities of armor either. The chances of coming across armor are fairly high, especially considering you can even purchase 5 at buy stations. You can only equip three at a time, each equipping 50 HP, but you can carry 5 plates in addition to those equipped. Armor is a major necessity; nearly every player you come across will have armor equipped, which makes gunfights difficult otherwise.

Additionally, there is no manual healing for your actual health aside from the stim shot accessory. Just like typical Call of Duty, after taking damage, you can hide behind cover and automatically regenerate your health after a few seconds. This is not the case with armor.

Warzone introduces another unique mechanic that no other battle royale has offered: Contracts. They present themselves as lootable items that, upon collection, provide an objective for you and your teammates to complete. The objective itself could be hunting down a specific enemy player, or capturing a marked zone. Completing a contract rewards you and your team in-game cash and XP, as well as the guarantee to increase the reward for completed contracts later in the game.

Aside from earning cash from contracts, you can find money in buildings or loot crates. Cash can only be deposited at buy stations that are scattered around the map, which gives players the option to purchase anything from armor to a Call of Duty killstreak. A shield turret, cluster strike, precision airstrike, and UAV are available to purchase, as well as gas masks, armor, a loadout drop, and the option to respawn a teammate of your choice.

Loadout drops will drop throughout the map, regardless if they were called in by other players or not. If you happen to discover a loadout drop near you, you can approach it and obtain any one of your own premade classes from the multiplayer side of Modern Warfare for free. If you drop in the middle of a match after winning the Gulag fight, this can be extremely helpful, as it gives the option to continue playing with a full loadout of familiar gear.

In short, Warzone is a free-to-play, action-packed Call of Duty game with serious potential to compete with popular battle royale games in terms of overall popular, both in players and in viewers on streaming platforms such as Twitch. There’s no reason to not give it a try and see what you think, aside from the ~100GB download size if you don’t own the base Modern Warfare game. It’s more polished than long-standing battle royale games such as Fortnite or PUBG, comes packed with action, and introduces exciting gameplay mechanics.

The biggest question remaining is if Warzone can introduce enough content changes and additions over time to keep the game fresh and interesting in the coming months. But as our Call of Duty Warzone review stands right now, competing development studios should take notes. This is how you launch a game the right way. Warzone is currently one of the best battle royale games available. You can download it for free on Xbox, Playstation, or Windows PC. And with a good mouse, keyboard, and pair of headphones, you’ll be immersed in battle more than ever.

The display of the products was implemented with the affiliate-toolkit plugin.
Categories: Review
Tags: Call of DutyGamingReview 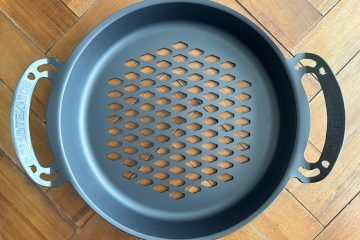 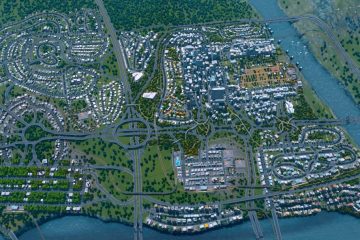 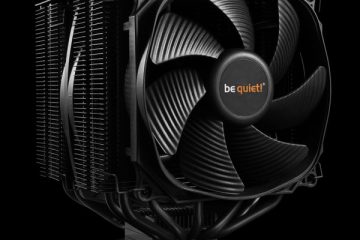